We have compiled our top viewing ports for the 4th of July Fireworks on the US East Coast.  It is the all American holiday and it becomes especially significant when you spend this traditional and celebrated vacation on the water.

These are our top vacation harbor location picks on the East Coast.  Nothing compares to seeing the skies light up with Fireworks and the lights reflecting on the water.  Your yacht is your VIP seating and hotel.  Chartering allows you to escape the crowds and heat while relaxing with friends and family.  These locations and anchorages might entice you to plan for next year.  Wishing all our clients a great week this year! 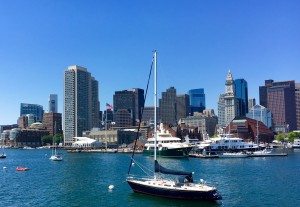 #1 Boston – The birthplace of American history offers synchronized music and entertainment by the Boston Pops Orchestra and Fireworks while being anchored on the Charles River.  It is the closest you will ever get to this dramatic sound of Fireworks and experience first class viewing.  This is definitely a “Bucket List” vacation.

#2 New York City – The Lady “Statue of Liberty” stands tall representing our American heritage of welcoming newcomers to our land of plenty.  Fireworks display details are linked here.  Cruising from Sag Harbor into the city for this evening is also a vacation treat.

#3 Newport, RI – It is the home of the New York Yacht Club, Americas Cup Racing and offers a lively sailing community with extreme water real estate like no other.  The Fireworks begin at 9:15AM for more details, use this link.    Sue’s favorite!  She is our lucky permanent resident. 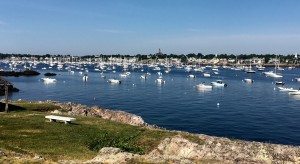 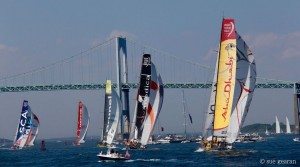 Other US EAST COAST PORTS TO VIEW FIREWORKS

NOTE:  2017 4th of July will be on a Tuesday for an extra-long weekend getaway!

For best results, register your travel dates and ideas with our complimentary planning service today.